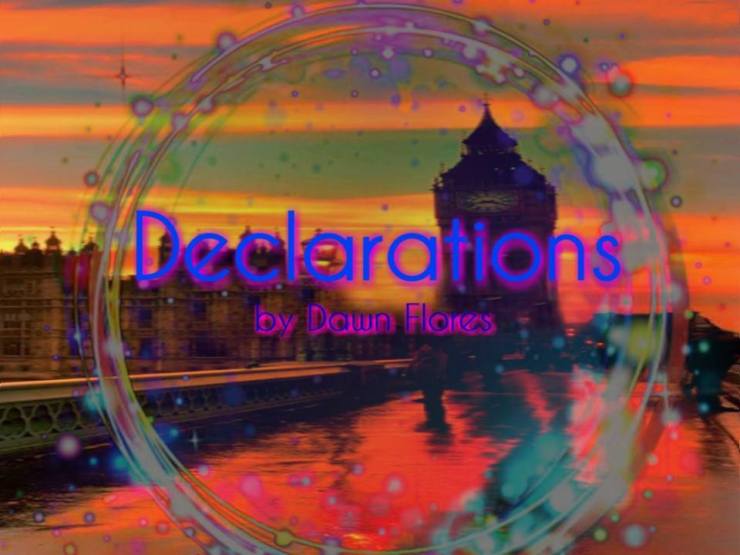 DECLARATIONS & DECREES: GOD’S SERVANTS FOLLOW HIS WILL; COME OUT FROM AMONG THEM & BE HOLY

2 Corinthians 6:16-18; 7:1:  16 Or what agreement has the temple of God with idols? For we are the temple of the living God; just as God said, “I will dwell in them and walk among them; and I will be their God, and they shall be My people. 17 “Therefore, come out from their midst and be separate,” says the Lord. “And do not touch what is unclean; and I will welcome you. 18 “And I will be a father to you, and you shall be sons and daughters to Me,” says the Lord Almighty.…1 Therefore, having these promises, beloved, let us cleanse ourselves from all defilement of flesh and spirit, perfecting holiness in the fear of God.

»  We decree and declare you are to FOLLOW THE MOVE of God’s Spirit in all aspects of WORSHIP and SACRIFICE. Do not continue out of habit to do an activity that seemed good last week or last year. THIS IS A NEW AGE; God’s Kingdom is coming to Earth and He REQUIRES pure worship and sacrifice.

»  We decree the Servants of the Most High God are being CLEANSED by the Holy FIRE of God. CHECK YOUR MOTIVES; when you fast, is it truly for the Lord? When you give, is it with a PURE heart? There is a burning taking place, a burning to remove that which is not pure in God’s site. Know that the Lord LOVES those He corrects. You are His Chosen People.

»  We decree and declare the Servants of God Almighty ADMINISTER TRUE JUSTICE, SHOW MERCY and compassion to his brother. Show compassion to the widows, orphans, foreigners and poor people; this is the heart of the Father.

»  We declare those who DO NOT KNOW God oppress widows, orphans, foreigners and the poor. They PLOT EVIL against each other. They DO NOT LISTEN to God, but stubbornly turn their shoulder away and stop up their ears, so that they don’t hear God. The Holy Spirit is calling and wooing those who would hear, “Turn to the Great I Am through the Blood of the Lamb, Christ Jesus/Messiah Yeshua.

»  We declare the Lord is EXTREMELY JEALOUS on Zion’s behalf, His Land and His People; He is jealous for them with GREAT FURY! He is COMING TO ZION and He will LIVE IN JERUSALEM. Then Jerusalem will be called TRUTH CITY, the Mountain of the Holy One!

»  We decree and declare the Lord is SEPARATING HIS PEOPLE from all the inhabitants of the Earth. He is drawing His own to HIS CITY. He is saving His People from Lands to the East and West. He is bringing them back to His Holy City, Jerusalem!

»  The Lord declares that the days of fasting are to become times of JOY, GLADNESS and CHEER for the House of Judah and for all those grafted in to the Vine, Christ Jesus/Messiah Yeshua!

»  We decree and declare the people of ALL NATIONS will be drawn to Jerusalem, to the Holy City to ASK THE LORD’S FAVOR and to consult the Lord God Almighty. Those who have heard but do not know the Lord will GRAB HOLD of those who CARRY and SHOW FORTH the TRUTH of God Almighty.

»  We decree and declare WE ARE THE TEMPLE OF THE LIVING GOD! God cannot receive the unclean, therefore go out from their midst; separate yourselves; don’t even touch what is unclean. Then He will receive you. He will be your Father, and you will be His sons and daughters.

»  We decree YOU ARE TO PURIFY yourselves from everything that can defile your body or spirit. Strive to be completely holy, out of REVERENCE for God.