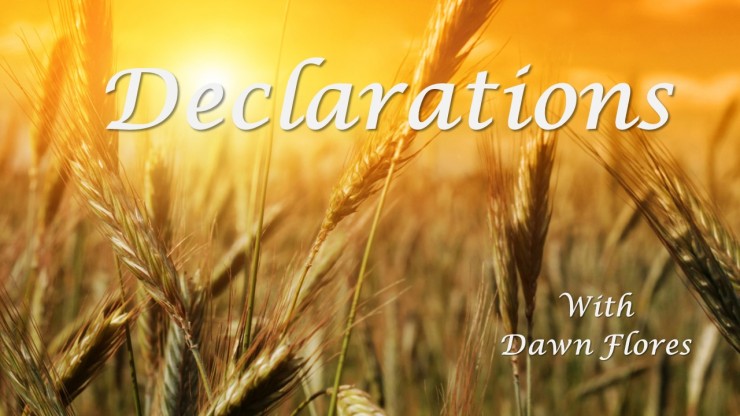 DECLARATIONS & DECREES: THE HARVEST & THE LABORERS ARE READY – THIS IS THE CLARION CALL!

Matthew 9:37-38:  37 Then He *said to His disciples, “The harvest is plentiful, but the workers are few. 38 Therefore beseech the Lord of the harvest to send out workers into His harvest.”

Matthew 13:24-30:  24 Jesus presented another parable to them, saying, “The kingdom of heaven may be compared to a man who sowed good seed in his field. 25 But while his men were sleeping, his enemy came and sowed tares among the wheat, and went away. 26 But when the wheat sprouted and bore grain, then the tares became evident also 27 The slaves of the landowner came and said to him, ‘Sir, did you not sow good seed in your field? How then does it have tares?’ 28 And he said to them, ‘An enemy has done this!’ The slaves *said to him, ‘Do you want us, then, to go and gather them up?’ 29 But he *said, ‘No; for while you are gathering up the tares, you may uproot the wheat with them. 30 Allow both to grow together until the harvest; and in the time of the harvest I will say to the reapers “First gather up the tares and bind them in bundles to burn them up; but gather the wheat into my barn.”’”

John 14:10-21:  10 Do you not believe that I am in the Father, and the Father is in Me? The words that I say to you I do not speak on My own initiative, but the Father abiding in Me does His works. 11 Believe Me that I am in the Father and the Father is in Me; otherwise believe because of the works themselves. 12 Truly, truly, I say to you, he who believes in Me, the works that I do, he will do also; and greater works than these he will do; because I go to the Father. 13 Whatever you ask in My name, that will I do, so that the Father may be glorified in the Son. 14 If you ask Me anything in My name, I will do it. 15 “If you love Me, you will keep My commandments. 16 I will ask the Father, and He will give you another Helper, that He may be with you forever; 17 that is the Spirit of truth, whom the world cannot receive, because it does not see Him or know Him, but you know Him because He abides with you and will be in you. 18 “I will not leave you as orphans; I will come to you. 19 After a little while the world will no longer see Me, but you will see Me; because I live, you will live also. 20 In that day you will know that I am in My Father, and you in Me, and I in you. 21 He who has My commandments and keeps them is the one who loves Me; and he who loves Me will be loved by My Father, and I will love him and will disclose Myself to him.”

Malachi 3:16-18; 4:1-2:  16 Then those who feared the Lord spoke to one another, and the Lord gave attention and heard it, and a book of remembrance was written before Him for those who fear the Lord and who esteem His name. 17 “They will be Mine,” says the Lord of hosts, “on the day that I prepare My own possession, and I will spare them as a man spares his own son who serves him.” 18 So you will again distinguish between the righteous and the wicked, between one who serves God and one who does not serve Him.…“For behold, the day is coming, burning like a furnace; and all the arrogant and every evildoer will be chaff; and the day that is coming will set them ablaze,” says the Lord of hosts, “so that it will leave them neither root nor branch.” 2 “But for you who fear My name, the sun of righteousness will rise with healing in its wings; and you will go forth and skip about like calves from the stall.

»  We decree and declare the TIME is SHORT; the Lord has said, “The Harvest is now ready and I have been waiting for laborers to gather the harvest in.  I now say unto the Church, that I have enough Labor[er]s!”a

»  We decree and declare to those who have EARS to hear, DO NOT HESITATE! Run after God with ALL that is within you! Grab onto the hem of His garment and DO NOT LET GO! This is the commitment and FAITH the Lord is looking for; He is withdrawing His Presence from the Lukewarm.

»  We declare through the ages the enemy has sowed weeds among the GOOD SEED of the Kingdom of Heaven. Until THIS TIME the weeds have remained so that the WHEAT would not be uprooted. God has said that the HARVEST will take place SOON, and He told His reapers to REMOVE the WEEDS from the field first. The weeds are being gathered and burned.

»  We decree and declare Christ Jesus/Messiah Yeshua is UNITED with the Father and does nothing on His own initiative, but it is the Father LIVING in Him Who does His own works, SO as you TRUST in Jesus/Yeshua YOU WILL ALSO DO the works He does!

»  We decree and declare ALL WHO TRUST in Christ Jesus/Messiah Yeshua WILL DO His works; indeed, they will do GREATER ones because He is with the Father! If you ASK for anything in Jesus’/Yeshua’s Name HE WILL DO IT, so that the Father is GLORIFIED in the Son!

»  We decree and declare those who LOVE the Lord KEEP HIS COMMANDS! He has given you His Comforting Counselor, the Spirit of Truth to be with you FOREVER! Follow the Lord in obedience and He will give you STRENGTH and GUIDANCE beyond measure.

»  We declare the World cannot receive from God, because it neither SEEKS nor KNOWS Him. You KNOW GOD because His Spirit dwells within you and YOU ARE UNITED WITH HIM! Continue to SEEK the Lord God Almighty and do not become passive, but PUSH IN, PERSEVERE and SERVE God with all that is within you!

»  We declare YOUR NAME and your love for the Lord is WRITTEN in His BOOK. The Lord LISTENS and HEARS you who fear Him, and writes His Book! He says, “They are Mine!”

»  We declare the World will SEE the difference between the RIGHTEOUS and the wicked, between the Person who SERVES God and the one who doesn’t serve Him. The day is coming, BURNING LIKE A FURNACE, when all the proud and evildoers will be stubble; the day that is coming will set them ablaze!

The Lord God Almighty, Maker of Heaven and Earth, we praise Your Name for You are True and Faithful and Just to perform it.  Amen

Video and transcription are provided at both sites.