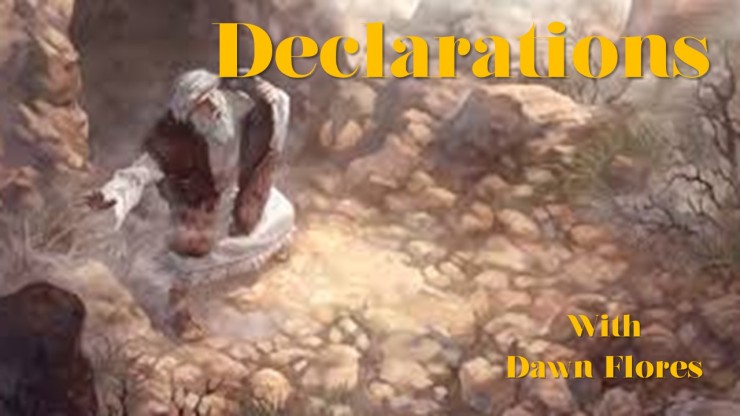 DECLARATIONS & DECREES: HOLY SPIRIT IS GUIDING YOU TO THE HIGH CALL – THE MOUNTAIN OF THE LORD!

Isaiah 45:1-6:  1 Thus says the Lord to Cyrus His anointed, whom I have taken by the right hand, to subdue nations before him and to loose the loins of kings; to open doors before him so that gates will not be shut: 2 “I will go before you and make the rough places smooth; I will shatter the doors of bronze and cut through their iron bars. 3 “I will give you the treasures of darkness and hidden wealth of secret places, so that you may know that it is I, the Lord, the God of Israel, who calls you by your name. 4 “For the sake of Jacob My servant, and Israel My chosen one, I have also called you by your name; I have given you a title of honor though you have not known Me. 5 “I am the Lord, and there is no other; besides Me there is no God. I will gird you, though you have not known Me; 6 That men may know from the rising to the setting of the sun that there is no one besides Me. I am the Lord, and there is no other,

»  We decree and declare the THREATS and PROCLAMATIONS of the enemy are NOTHING but hot air in the ears of the Almighty God! YOU WILL NOT focus on the words of the enemy, nor the news of the Land. God’s WAYS are far ABOVE the workings of man.

» We decree and declare the enemy comes only to STEAL, DESTROY and SIDE-TRACK you from your goal. YOU are DISCERNING and will not allow the DISTRACTIONS of this World to take your eyes off your ASSIGNMENT and PURPOSE in the Lord, God Almighty. FOCUS on COMMUNION with Holy Spirit and be ALIGNED with His PERFECT WILL.

» We decree that the POWER and CURSES from the spirits of Jezebel are CANCELLED NOW in the Mighty Name of Jesus Christ/Yeshua Messiah. They are cast away from YOU, the Servants of the Most High God who DWELL in His Presence. No weapon formed against you will succeed.

» We declare God sends His angels to LIFT UP His fallen Servants. You RESPOND and are ENCOURAGED; He does not forget His own, those who have dedicated their lives to serving Him. As twice the angel came to REVIVE Elijah for the long journey to Horeb, the Mountain of God, so the Lord is RESTORING and STRENGTHENING you to CLIMB His Mountain.

» We decree and declare HOLY SPIRIT is DIRECTING those who are tired and diverted to RETURN to YOUR FIRST LOVE, and the CALL and ASSIGNMENT of the Lord on your life. “GO BACK BY THE WAY in which you came.” There are people to anoint, who need your TOUCH, and enemies to OVERCOME.

» We decree and declare you DESIRE to REMAIN close to the ANOINTING of God. You seek the DOUBLE ANOINTING by continually being FOCUSED on the GOAL; you PERSEVERE to receive that which is yours from the HAND of the Lord.

» We decree and declare the Lord God has grasped your RIGHT HAND. He is SUBDUING NATIONS before you. Kings will be brought low, doors and gates that have been locked will NOW BE OPENED! Where there has not been a way to enter, NOW THE WAY IS CLEAR.

» We decree the WEALTH and TREASURES hoarded in the dark, SECRET RICHES hidden away, will be REVEALED to you! The Lord is bringing about the TRANSFER of WEALTH from the ungodly to the GODLY:  Believers in Jesus Christ/Yeshua Messiah, the Son of the Most High God.

» We declare a CLEANSING and UNIFYING of the people of this land as these decrees go forth.