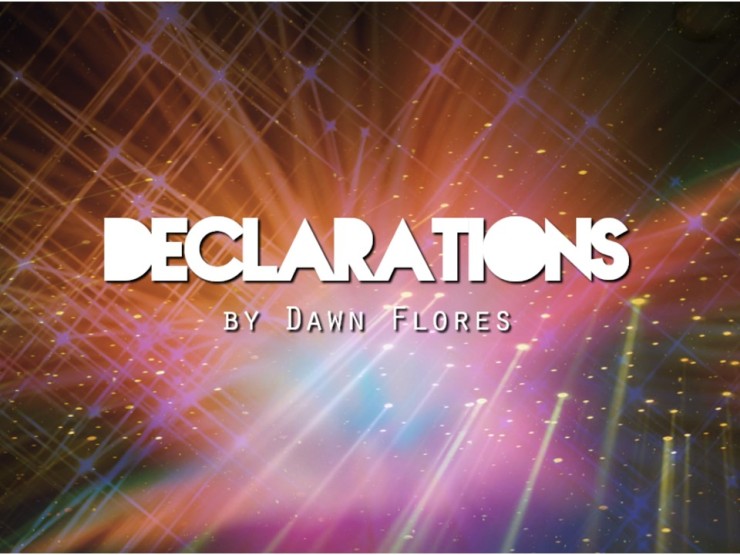 Psalm 93:1-5:  1 The Lord reigns, He is clothed with majesty; the Lord has clothed and girded Himself with strength; indeed, the world is firmly established, it will not be moved. 2 Your throne is established from of old; You are from everlasting. 3 The floods have lifted up, O Lord, the floods have lifted up their voice, the floods lift up their pounding waves. 4 More than the sounds of many waters, than the mighty breakers of the sea, the Lord on high is mighty. 5 Your testimonies are fully confirmed; holiness befits Your house, O Lord, forevermore.

1 Samuel 15:1-3, 7-19, 22-23:  1 Then Samuel said to Saul, “The Lord sent me to anoint you as king over His people, over Israel; now therefore, listen to the words of the Lord. 2 Thus says the Lord of hosts, ‘I will punish Amalek for what he did to Israel, how he set himself against him on the way while he was coming up from Egypt. 3 Now go and strike Amalek and utterly destroy all that he has, and do not spare him; but put to death both man and woman, child and infant, ox and sheep, camel and donkey.’”…7 So Saul defeated the Amalekites, from Havilah as you go to Shur, which is east of Egypt. 8 He captured Agag the king of the Amalekites alive, and utterly destroyed all the people with the edge of the sword. 9 But Saul and the people spared Agag and the best of the sheep, the oxen, the fatlings, the lambs, and all that was good, and were not willing to destroy them utterly; but everything despised and worthless, that they utterly destroyed. 10 Then the word of the Lord came to Samuel, saying, 11 “I regret that I have made Saul king, for he has turned back from following Me and has not carried out My commands.” And Samuel was distressed and cried out to the Lord all night. 12 Samuel rose early in the morning to meet Saul; and it was told Samuel, saying, “Saul came to Carmel, and behold, he set up a monument for himself, then turned and proceeded on down to Gilgal.” 13 Samuel came to Saul, and Saul said to him, “Blessed are you of the Lord! I have carried out the command of the Lord.” 14 But Samuel said, “What then is this bleating of the sheep in my ears, and the lowing of the oxen which I hear?” 15 Saul said, “They have brought them from the Amalekites, for the people spared the best of the sheep and oxen, to sacrifice to the Lord  your God; but the rest we have utterly destroyed.” 16 Then Samuel said to Saul, “Wait, and let me tell you what the Lord said to me last night.” And he said to him, “Speak!” 17 Samuel said, “Is it not true, though you were little in your own eyes, you were made the head of the tribes of Israel? And the Lord anointed you king over Israel, 18 and the Lord sent you on a mission, and said, ‘Go and utterly destroy the sinners, the Amalekites, and fight against them until they are exterminated.’ 19 Why then did you not obey the voice of the Lord, but rushed upon the spoil and did what was evil in the sight of the Lord?”…22 Samuel said, “Has the Lord as much delight in burnt offerings and sacrifices as in obeying the voice of the Lord? Behold, to obey is better than sacrifice, and to heed than the fat of rams. 23 “For rebellion is as the sin of divination, and insubordination is as iniquity and idolatry. Because you have rejected the word of the Lord, He has also rejected you from being king.”

Hebrews 5:1-10:  1 For every high priest taken from among men is appointed on behalf of men in things pertaining to God, in order to offer both gifts and sacrifices for sins; 2 he can deal gently with the ignorant and misguided, since he himself also is beset with weakness; 3 and because of it he is obligated to offer sacrifices for sins, as for the people, so also for himself. 4 And no one takes the honor to himself, but receives it when he is called by God, even as Aaron was. 5 So also Christ did not glorify Himself so as to become a high priest, but He who said to Him, “You are My Son, today I have begotten You”; 6 just as He says also in another passage, “You are a priest forever according to the order of Melchizedek.” 7 In the days of His flesh, He offered up both prayers and supplications with loud crying and tears to the One able to save Him from death, and He was heard because of His piety. 8 Although He was a Son, He learned obedience from the things which He suffered. 9 And having been made perfect, He became to all those who obey Him the source of eternal salvation, 10 being designated by God as a high priest according to the order of Melchizedek.

»  We decree and declare the Lord God Almighty is KING, robed in MAJESTY; He is robed, girded with STRENGTH; He ESTABLISHED the World and it cannot be moved. His Throne was established long ago; He has existed FOREVER!

»  We decree and declare the Lord God sets kings and rulers in place to carry out His WILL. Those who are OBEDIENT and TRUSTWORTHY will remain and be STRENGTHENED. Those who are determined to follow their own AGENDA will be removed. Those contrary to God’s design are being REMOVED!

»  We decree and declare men and women are being POSITIONED in government positions throughout this nation. They are DEPENDABLE and have INTEGRITY in carrying out God’s directives. These are the Ones who will SUCCEED in this nation. They have hearts after their Father God.

»  We decree and declare FAITHFULNESS and OBEDIENCE is RISING up among Believers in high offices in the Land. The TIDE is being turned, the RIGHTEOUSNESS of the Most High God is becoming EVIDENT in the Land!

»  We decree and declare the PROPHETS in this Nation will stand soundly on the Word of God, and SPEAK His Words and His Words only. We decree STRENGTH and RESOLVE for the Prophets of the Most High!

»  We decree and declare THOSE WHO ARE CHOSEN by the Lord God Almighty, are MIGHTY by the Hand of God. They will move NATIONS and BOUNDARIES. We BLESS the Lord for desiring to use men and women after His Heart to carry out His DEEDS, His DESIGN.

»  We declare the Lord takes pleasure in your OBEDIENCE, more so than in sacrifices in the midst of disobedience. Surely OBEYING is better than sacrifice, and heeding orders is better than the fat of rams.

»  We decree and declare REBELLION is like the sin of sorcery, STUBBORNNESS like the crime of idolatry. Those who REJECT the Word of the Lord, are being REJECTED and REMOVED by the Hand of God.

»  We decree and declare the High Priest is APPOINTED to act on the People’s behalf with regard to things concerning God, to offer gifts and sacrifices for sin. No one takes this Honor upon himself, rather, he is CALLED by God, just as Aaron was. So neither did Christ/Messiah glorify Himself to become High Priest, rather, it was the One Who said to Him, “You are my Son; today I have become your Father.”

»  We decree and declare Christ Jesus/Messiah Yeshua is a PRIEST FOREVER to be compared with Melchizedek. During His life on Earth, He offered up PRAYERS and PETITIONS to the One Who had the POWER to deliver Him from Death; and He was HEARD because of His GODLINESS!

»  We decree and declare that Jesus/Yeshua learned OBEDIENCE through SUFFERINGS. After He was brought to the GOAL, He became the SOURCE of ETERNAL DELIVERANCE to all who OBEY Him!