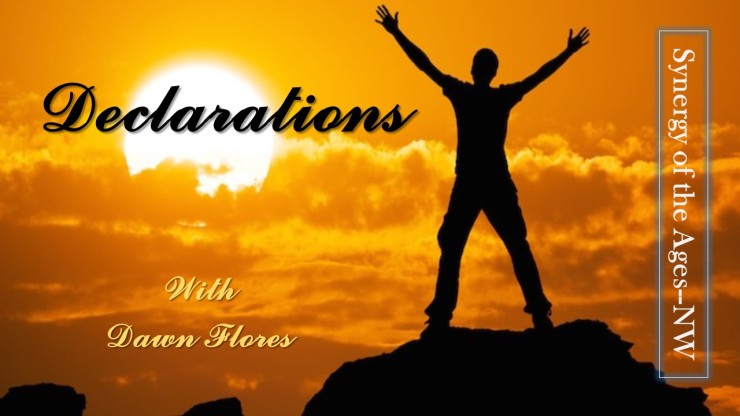 Joshua 6:1-20:  1 Now Jericho was tightly shut because of the sons of Israel; no one went out and no one came in. 2 The Lord said to Joshua, “See, I have given Jericho into your hand, with its king and the valiant warriors. 3 You shall march around the city, all the men of war circling the city once. You shall do so for six days. 4 Also seven priests shall carry seven trumpets of rams’ horns before the ark; then on the seventh day you shall march around the city seven times, and the priests shall blow the trumpets. 5 It shall be that when they make a long blast with the ram’s horn, and when you hear the sound of the trumpet, all the people shall shout with a great shout; and the wall of the city will fall down flat, and the people will go up every man straight ahead.”

15 Then on the seventh day they rose early at the dawning of the day and marched around the city in the same manner seven times; only on that day they marched around the city seven times. 16 At the seventh time, when the priests blew the trumpets, Joshua said to the people, “Shout! For the Lord has given you the city. 17 The city shall be under the ban, it and all that is in it belongs to the Lord; only Rahab the harlot and all who are with her in the house shall live, because she hid the messengers whom we sent. 18 But as for you, only keep yourselves from the things under the ban, so that you do not covet them and take some of the things under the ban, and make the camp of Israel accursed and bring trouble on it. 19 But all the silver and gold and articles of bronze and iron are holy to the Lord; they shall go into the treasury of the Lord.” 20 So the people shouted, and priests blew the trumpets; and when the people heard the sound of the trumpet, the people shouted with a great shout and the wall fell down flat, so that the people went up into the city, every man straight ahead, and they took the city.

2 Chronicles 5:11-14:  11 When the priests came forth from the holy place (for all the priests who were present had sanctified themselves, without regard to divisions), 12 and all the Levitical singers, Asaph, Heman, Jeduthun, and their sons and kinsmen, clothed in fine linen, with cymbals, harps and lyres, standing east of the altar, and with them one hundred and twenty priests blowing trumpets 13 in unison when the trumpeters and the singers were to make themselves heard with one voice to praise and to glorify the Lord, and when they lifted up their voice accompanied by trumpets and cymbals and instruments of music, and when they praised the Lord saying, “He indeed is good for His lovingkindness is everlasting,” then the house, the house of the Lord, was filled with a cloud, 14 so that the priests could not stand to minister because of the cloud, for the glory of the Lord filled the house of God.

»  I decree and declare You, Lord God Almighty/Adonai El Shaddai, are HOLY, enthroned on the PRAISES of Israel and ALL OF YOUR PEOPLE throughout the Earth! You RESCUE those who TRUST in You!

»  I decree and declare the PROMISES of God are RELEASED through our OBEDIENCE – moving forth as He directs! The enemy CANNOT WITHSTAND the Hand of God upon His People! Greater is He Who is with us, that he who is in the World.

»  I decree and declare you are to HOLD ONTO that which the Lord has PROMISED; KEEP YOUR EYES focused on the PRIZE, the GOAL! Move forth in OBEDIENCE, TRUSTING in His directives.

»  I decree and declare I MAINTAIN an atmosphere of PRAISE and WORSHIP to the FATHER, FULFILLING all He directs. I do not proceed in my wisdom, but in GOD’S WISDOM ALONE!

»  I decree and declare you will not grow weary in well doing, but will CONTINUE moving forward as God COMMANDS, with GLORIOUS PRAISE and WORSHIP. You KEEP your mind FOCUSED on the GOAL, on the REWARD of the Lord/Adonai; you are not enticed by the things of the World to become disobedient toward the Word of God.

»  I decree and declare I REPENT and CONSECRATE myself daily before the Lord God Almighty/Adonai El Shaddai. It is through the Blood of the Lamb, Christ Jesus/Messiah Yeshua, that I am received into the Presence of the Father. He is my SHELTER and SHIELD.

»  I decree and declare WE ARE WORSHIPPERS, musicians and singers, who PLAY in ONE ACCORD, HARMONIOUSLY PRAISING and THANKING the Lord/Adonai! For God/Elohim is GOOD, for His GRACE CONTINUES FOREVER!

»  I decree and declare the SHEKINAH GLORY is FALLING upon those who WORSHIP and PRAISE the Lord/Adonai their God without reservation. You will be unable to stand because of the GLORY of the Lord which FILLS the House of God!