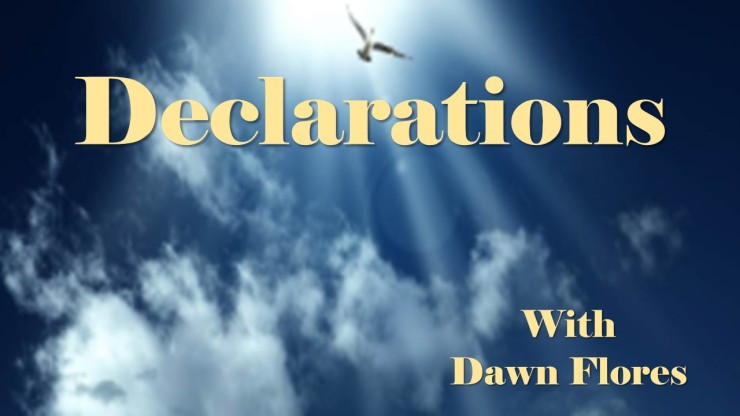 Numbers 21:4-9:  4 Then they set out from Mount Hor by the way of the Red Sea, to go around the land of Edom; and the people became impatient because of the journey. 5 The people spoke against God and Moses, “Why have you brought us up out of Egypt to die in the wilderness? For there is no food and no water, and we loathe this miserable food.” 6 The Lord sent fiery serpents among the people and they bit the people, so that many people of Israel died. 7 So the people came to Moses and said, “We have sinned, because we have spoken against the Lord and you; intercede with the Lord, that He may remove the serpents from us.” And Moses interceded for the people. 8 Then the Lord said to Moses, “Make a fiery serpent, and set it on a standard; and it shall come about, that everyone who is bitten, when he looks at it, he will live.” 9 And Moses made a bronze serpent and set it on the standard; and it came about, that if a serpent bit any man, when he looked to the bronze serpent, he lived.

1 Corinthians 10:6-13:  6 Now these things happened as examples for us, so that we would not crave evil things as they also craved. 7 Do not be idolaters, as some of them were; as it is written, “The people sat down to eat and drink, and stood up to play.” 8 Nor let us act immorally, as some of them did, and twenty-three thousand fell in one day. 9 Nor let us try the Lord, as some of them did, and were destroyed by the serpents. 10 Nor grumble, as some of them did, and were destroyed by the destroyer. 11 Now these things happened to them as an example, and they were written for our instruction, upon whom the ends of the ages have come. 12 Therefore let him who thinks he stands take heed that he does not fall. 13 No temptation has overtaken you but such as is common to man; and God is faithful, who will not allow you to be tempted beyond what you are able, but with the temptation will provide the way of escape also, so that you will be able to endure it.

James 5:7-11:  7 Therefore be patient, brethren, until the coming of the Lord. The farmer waits for the precious produce of the soil, being patient about it, until it gets the early and late rains. 8 You too be patient; strengthen your hearts, for the coming of the Lord is near. 9 Do not complain, brethren, against one another, so that you yourselves may not be judged; behold, the Judge is standing right at the door. 10 As an example, brethren, of suffering and patience, take the prophets who spoke in the name of the Lord. 11 We count those blessed who endured. You have heard of the endurance of Job and have seen the outcome of the Lord’s dealings, that the Lord is full of compassion and is merciful.

Philippians 4:4-9:  4 Rejoice in the Lord always; again I will say, rejoice! 5 Let your gentle spirit be known to all men. The Lord is near. 6 Be anxious for nothing, but in everything by prayer and supplication with thanksgiving let your requests be made known to God. 7 And the peace of God, which surpasses all comprehension, will guard your hearts and your minds in Christ Jesus. 8 Finally, brethren, whatever is true, whatever is honorable, whatever is right, whatever is pure, whatever is lovely, whatever is of good repute, if there is any excellence and if anything worthy of praise, dwell on these things. 9 The things you have learned and received and heard and seen in me, practice these things, and the God of peace will be with you.

1 Peter 4:1-14:  1 Therefore, since Christ has suffered in the flesh, arm yourselves also with the same purpose, because he who has suffered in the flesh has ceased from sin, 2 so as to live the rest of the time in the flesh no longer for the lusts of men, but for the will of God. 3 For the time already past is sufficient for you to have carried out the desire of the Gentiles, having pursued a course of sensuality, lusts, drunkenness, carousing, drinking parties and abominable idolatries. 4 In all this, they are surprised that you do not run with them into the same excesses of dissipation, and they malign you; 5 but they will give account to Him who is ready to judge the living and the dead. 6 For the gospel has for this purpose been preached even to those who are dead, that though they are judged in the flesh as men, they may live in the spirit according to the will of God. 7 The end of all things is near; therefore, be of sound judgment and sober spirit for the purpose of prayer. 8 Above all, keep fervent in your love for one another, because love covers a multitude of sins. 9 Be hospitable to one another without complaint. 10 As each one has received a special gift, employ it in serving one another as good stewards of the manifold grace of God. 11 Whoever speaks, is to do so as one who is speaking the utterances of God; whoever serves is to do so as one who is serving by the strength which God supplies; so that in all things God may be glorified through Jesus Christ, to whom belongs the glory and dominion forever and ever. Amen. 12 Beloved, do not be surprised at the fiery ordeal among you, which comes upon you for your testing, as though some strange thing were happening to you; 13 but to the degree that you share the sufferings of Christ, keep on rejoicing, so that also at the revelation of His glory you may rejoice with exultation. 14 If you are reviled for the name of Christ, you are blessed, because the Spirit of glory and of God rests on you.

»  We decree and declare TEMPERS WILL REMAIN CALM, they will not grow short when SCHEDULES and routines CHANGE. TRUST in the Lord who is LEADING YOU in the WAY you should go. DO NOT PRESUME that you know better than God Almighty!

»  We decree and declare COMPLAINING WILL NOT BE HEARD on your lips. Complaining reflects a lack of trust in the Lord. Do not think it a small thing to murmur and complain against God. It is sin in the eyes of the Lord.

»  We decree and declare YOU will set your hearts to do GOOD and not evil as the Children of Israel did in the days of old. You will not put Christ/Messiah to the test or grumble, as some of them did, and were destroyed.

»  We declare the examples were written down as a WARNING to us who are living in the End of the Age. Therefore, let anyone who thinks he is standing be CAREFUL not to fall. NO TEMPTATION has seized you beyond what people normally experience, and God can be TRUSTED not to allow you to be tempted beyond what you can bear. On the contrary, along with the temptation HE WILL ALSO PROVIDE A WAY OUT, so that you will be able to ENDURE.

»  We decree and declare you will be PATIENT until the Lord RETURNS. Keep up your COURAGE, for the Lord’s return is near! Don’t grumble against one another, so that you won’t come under condemnation, for the JUDGE is standing at the door.

»  We declare the PROPHETS of old who spoke in the Name of the Lord, suffered mistreatment and were patient. We regard those who persevered as BLESSED. As with the perseverance of Job, the Lord is VERY COMPASSIONATE and MERCIFUL.

»  We decree and declare that you are in UNION with Christ Jesus/Messiah Yeshua, so you will ALWAYS REJOICE! Everyone will SEE how REASONABLE and GENTLE you are. The Lord is NEAR!

»  We declare you will not worry about anything, but you will MAKE YOUR REQUESTS KNOWN to God by prayer and petition, with THANKSGIVING! Then God’s PEACE, which passes all understanding, will KEEP your hearts and minds SAFE in UNION with Christ Jesus/Messiah Yeshua.

»  We decree you will FOCUS your THOUGHTS on what is TRUE, noble, righteous, pure, lovable or admirable, on some virtue or on something PRAISEWORTHY. Keep doing what you have learned and received from God’s Word and His teachers, what you have heard and seen them doing, then the God Who gives Peace will be with you.

»  We decree and declare you are to arm yourselves with the attitude that whoever SUFFERS PHYSICALLY, as Christ/Messiah did, is FINISHED with sin, with the RESULT that he lives the rest of his Earthly Life NO LONGER CONTROLLED by human desires, but by GOD’S WILL.

»  We decree and declare that the ACCOMPLISHING of the GOAL of all things is CLOSE at hand. Therefore, KEEP ALERT and self-controlled, so that you can PRAY! More than anything, keep loving each other ACTIVELY, because love covers many sins.

»  We decree you will WELCOME one another into your HOMES without grumbling. As each one has received some SPIRITUAL GIFT, he should use it to SERVE others, like good managers of God’s many-sided grace.

»  We decree and declare you will not regard it as STRANGE the FIERY ORDEAL occurring among you to TEST YOU. Rather, to the extent that you SHARE the FELLOWSHIP of Christ’s/Messiah’s SUFFERINGS, REJOICE, so that you will REJOICE EVEN MORE when His Shekinah Glory is revealed. If you are being insulted because you bear the name of Christ/Messiah, how BLESSED you are! For the Spirit of the Shekinah, that is, the Spirit of God, is RESTING ON YOU!